Horse comes to Eden Court,Inverness on the 9th of December as part of a UK wide full band tour. 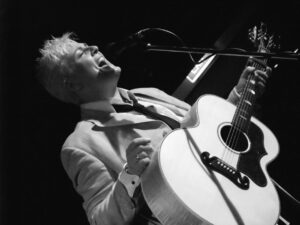 Seen by many as one of Scotland’s all-time great vocalists with NME describing her as an artist “who wouldn’t have been out of place on the Stax or Motown labels in their heyday.” During her career, which has spanned three decades,  she has performed alongside  Robbie Williams, Tina Turner, Burt Bacarach, B.B. King and Bryan Ferry. Her songs have been covered by Will Young, Jennifer Rush and Rebecca Wheatley, and whilst he her songs have received many plaudits it is her delivery and voice that truly stands out .As  the Leicester Mercury stated, she ‘Could sing a weather report and make it moving’.

Her ninth (and at time of writing still un named) album, is due out soon, follows on from her 2009 release Coming Up for Air. The new album will feature primarily new material however will also include a re-working of her classic, ‘Careful’.

This will be a full band set-up for Horse, with Sandra MacBeth supporting. Tickets for Horse at Eden Court, Inverness