CK Events have announced that JLS will return to play at the Northern Meeting Park,Inverness on the 23rd of August. 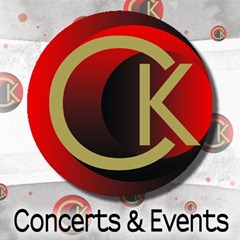 JLS, made up of Aston, Marvin, Oritsé and JB, have announced they will make their Inverness debut this summer, in what will be their only Scottish outdoor date.

The most successful band to come out of the X Factor, with more number ones that any of the winners, JLS will perform at Northern Meeting Park, Inverness on Thursday 23 August.

Having sold more than six million records, topped the singles charts five times, the boys never fail to impress with their spectacular live shows and this concert will be no different, with tickets expected to sell-out. Thousands of fans will be entertained with hits from their third album ‘Jukebox’ as well as some old favourites including ‘Beat Again’, ‘Everybody in Love’ and ‘The Club is Alive’.

Marvin Humes said:, “We’re really looking forward to performing in Inverness.  We always get such a warm reception from our Scottish fans so we’re planning an extra special show for them, featuring new material from our third album, some of our old hits, the odd backflip as well as a few surprises. It’s a show not to be missed.”

The first 3000 tickets will be on sale at 9 am 7/03/2012 for £30 see www.mfr.co.ukfor details. After that concert promoters CK Events, are releasing tickets for sale on Friday (9 March), priced at £36. They are available online at www.ticketline.co.ukor from Caffrey’s Menswear Union Street, Inverness.