2011 was a massive year for Dog is Dead, having released a compilation EP of their self release singles, started work on their debut album with David Kosten (Everything Everything, Bat For Lashes) and released limited edition ‘Hands Down’ , The Nottingham lads are due to play The Ironworks on the 1st of March, 2012 and we managed to catch a few words with them…. 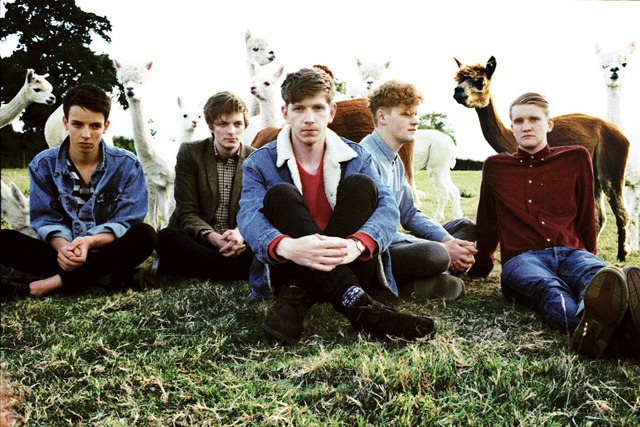 The forthcoming tour is pretty relentless with 26 gigs in just over a month, stretching from Norwich to Cardiff via Stornoway. Do you have any secrets about how best to cope with all those dates?

I guess the biggest challenge is eating well and not putting on 3 stone during the tour. So I guess: take a football and try and eat well. But definitely drink your rider. It’s free booze!

On the tour is there any dates that you are particularly looking forward to?

We always have a great time in places like Manchester and Leeds. But on this tour we’re venturing into parts of Scotland and the Highlands that we’ve never been before. I’m really excited about that.

2011 seems to have been a fantastic year for you with a great amount of coverage, what were the highlights for you?

The festival season was amazing- especially Bestival and Leeds festival. But my personal highlight was definitely headlining Rock City in Nottingham in December. It was our biggest headline show to date. It felt pretty special finishing 2011 by playing in our hometown at a venue we have all been attending gigs at for years.

How happy are you with the support of “Two Devils” (due out the 5th of March)?

It’s early days yet, but we’ve recently released the video and the response has been amazing!

What are the plans with the David Kosten produced debut album?

Again, early days, but we’re aiming to release in August/September this year and we just can’t wait for people to hear it!

Which of your songs best represents the band and its music, and why?

Two Devils is the most recent chapter in terms of writing. I think it represents where we are as a band, and what’s to come.

Dog is Dead plays the Ironworks on Thursday the 1st of March 2012. They will be supported by recently announced,Kyla La Grange and the sublime Whisky River Band.Tickets available via www.Ironworksvenue.com.