Review of Band of Skulls, supported by Broken Hands at the Ironworks,Inverness on the 23rd of February, 2012, by Jim Kennedy. Photographs by Thomas Bisset. 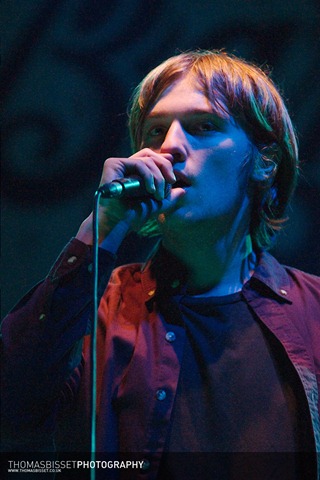 Broken Hands are a young band from Kent travelling the UK with Band of Skulls. Their confidence and talent belie their youth. Ably led by Dale Norton, strutting like a young Jagger with a band almost wolfmotheresque in their tight throaty rhythms. A sparkling 30 minute set of powerful guitar and gargantuan drums had heads nodding from the top. Get a hold of latest release ‘Sorrow’ for free now.

The crowd swelled to somewhere approaching three hundred, not bad for a Thursday night in February, prior to Band of Skulls taking to the stage.Evidence of their increasing status, Band of Skulls are fresh from Fearne Cotton’s Radio 1 live lounge. They are pretty much set to go stratospheric. It was a fortunate throng seeing them on the relatively small stage given where they are heading. 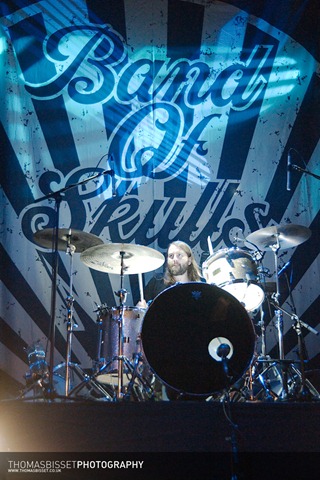 Opening with Sweet Sour, single and title track of their newly released CD, Emma Richardson’s lusty, throbbing bass; Russell Marsden’s quasi Hendrix machinations; and bludgeoning drums from Matthew Hayward picked up the crowd and took them on a journey over the next 90 minutes. 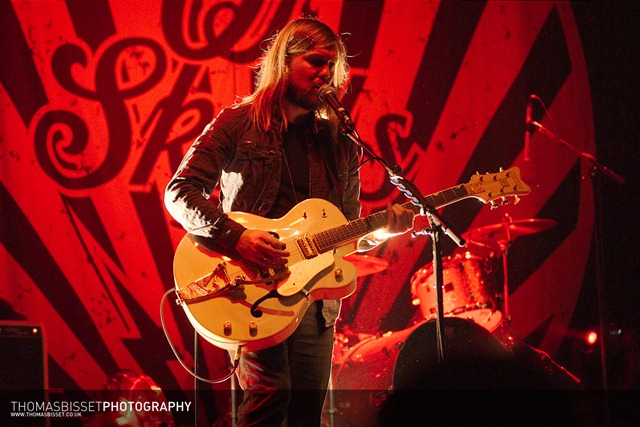 Blasting through a searing set made up of 11 tracks from their first CD – ‘Baby Darling Doll Face Honey’ interspersed with 7 tracks from their current release. Highlights included ‘Bruises’, the thoroughly well received ‘Devil take care of his own’ and the anthemic ‘You’re not pretty’.

These songs in particular brought enthusiastic gyrations from the mixed audience of younger and more veteran rock fans. The famed Ironworks crystal clear live sound allowed the complex chiming sounds to blossom. A traditional power trio of guitar, bass and drums was amply filled out by ambient guitar effects to almost dubby pieces before launching into the next irresistible chorus. Dark and compelling meaty riffs that would rival any classic rock song allowed Russell and Emma’s conjoined vocals to lift the proceedings way beyond the expectations of the alleged limitation inherent to a three piece. 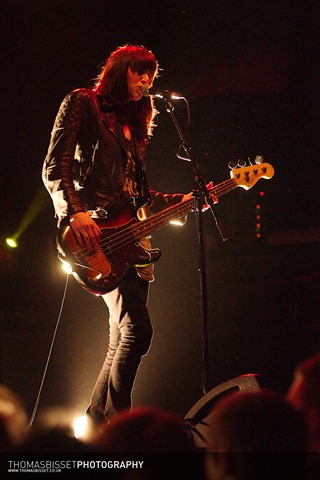 Happy to be appreciated Russell, perhaps inadvertently, let slip that the band’s next Scottish date will be at T in the Park. They are bound to a huge hit. Catchy melodies linger amongst atmospheric and experimental sounds over hypnotic pulsating bass and a thundering cacophony of drums that the mighty John Bonham would have been proud. The visceral energy of the songs is sure to wow the big festival crowds. 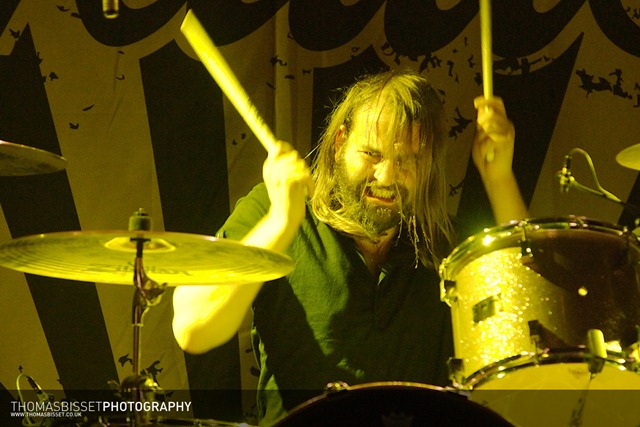 All too soon, the end came with a rollicking version of ‘Death by Diamonds and Pearls’ complete with monstrously powerful guitar work. An inspired encore of the more reserved ‘Hometowns’ followed by the sheer cacophony of ‘Impossible’ rounded off a grand night. Some gigs are just a pleasure to cover, and without a doubt this was one of the first great great gigs of 2012 in the Ironworks.