Bellowhead are to play the Ironworks,Inverness of the 20th of November 2012. 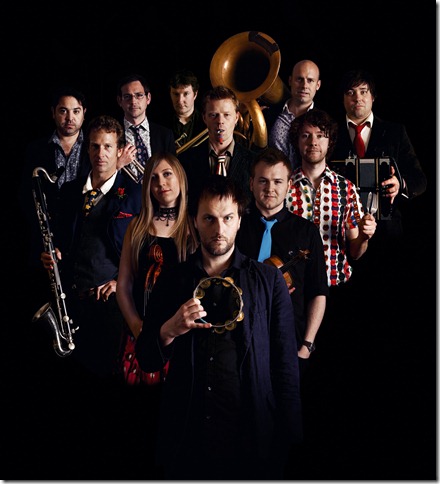 An 11-piece collective of extremely talented musicians, Bellowhead uniquely mix music from around the globe; from big band to soul, jazz-funk to classical strings, with more than a dash of Music Hall and yet retain, at their core, a passion for English traditional music. However we prefer Helen Martins description “joy inducing hardcore folk”

Winners of Best Live Band at the BBC Radio 2 Folk awards, 5 times. They have played everywhere from Glastonbury to Belladrum via Albert Hall via Jools Holland’s show. The band are currently writing and recording the follow-up to their highly acclaimed album‘Hedonism’ which, since its release in October 2010, has gone on to sell a boundary-crossing 60,000 albums.

Tickets on sale from 10am 24th of February via www.Ironworksvenue.com