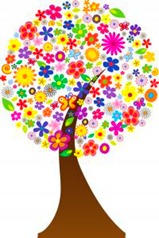 The Greenhouse has been building a reputation as a music venue (see invernessGiGs’ Greenhouse  features). Although this one certainly does push the envelope a little further.

Heavy Metal and Tea Parties do not seem the most obvious of bedfellows, but heavy metal laced with an element of sophistication sees the first Death Metal Tea Party happen in the Highlands.Indeed it will be  the first time a Tea Party show will happen in an actual vintage tea emporium!

The Death Metal Tea Party concept was conceived by Glasgow death metallers, Agonised Deformity, and was first held at The Soundhaus in February 2011.

The line up for the night are seen as some of the best in Scotland’s current extreme metal scene, unsigned and otherwise, and are all more than capable of making a tea party come alive!

First band is the delightfully contradictory PaRtY-CaNnOn, a 5-piece slam metal band from Dunfermline don’t like to take things too seriously; claiming to survive on a diet of Rubicon, lasagne, partying, slam riffs, loud songs about girls and partying. Their latest promo features tracks like ‘Everyone Is Dead To Me’ and ‘There’s A Reason You’re Single’.

Laceration have recently signed to new extreme metal label, UKEM Records, and are considered a one man brutal death metal force, growing in reputation: sharing the stage with the likes of Cerebral Bore, Amputated, Necrotize and more! Earlier this year saw the release of a compilation of past Laceration releases and now new material is written for a split release, with an album release due for later this year.

Closing the night will be  Agonised Deformity. The Glaswegian 4-piece band was formed in 2010 by ex-members of Cerebral Bore and Scordatura . Since then, the band developed their own brand of death metal, inspired primarily by Buckfast and laughter. Indeed their motto is  “Nae rubble, nae crisps, nae backchat, you should ideally have a beard, you can’t travel without Buckfast, and you should ideally be out your nut.”

Also confirmed to play are Hamish Roberts who will open the night with an intriguing selection of classical/flamenco/jazz interpretations of your favourite metal songs, Scum which features ex-Seed of Sorrow vocalist, Matt Drum and, finally the Highland debut of one-man extreme metal project, Desecrator aka event organiser Mark Dubanowski.

Formal wear and nonsense is encouraged, but not compulsory…but nae rubble, nae crisps and nae backchat!