Review of Attack! Attack!, supported by Spoke Too Soon, He Slept on 57 and Itchy Poopzkid at The Ironworks,Inverness, on the 17th of February, 2012, by Thomas Bisset. Photography by Thomas Bisset. 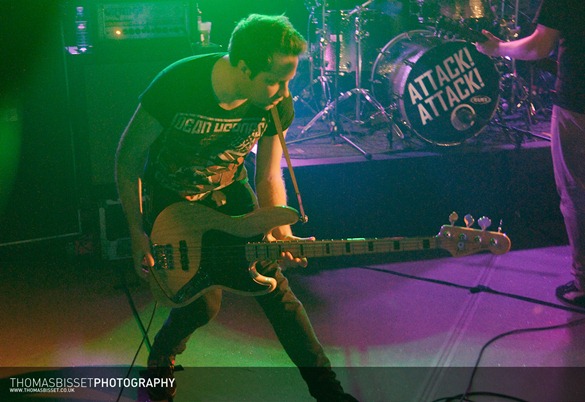 At most gigs, the continual mentions of how much you love performing in a particular venue / city / country / festival (delete as appropriate) is usually met with a chorus of rolling eyeballs; worse when you get the country wrong. With tonight’s band, you get the impression their fondness for Inverness is genuine. It’s especially clear when Attack! Attack!’s lead singer Neil Starr didn’t consider cancelling an option despite some quite obvious problems with his voice, let alone the band’s jaunt right across the other side of the world the following week for their tour in Australia. 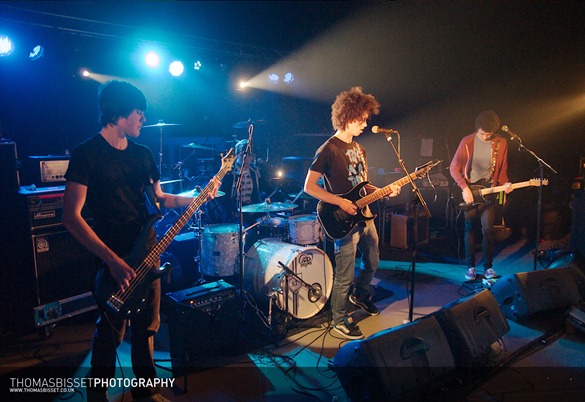 Things didn’t exactly get off to a flying start with the two local support bands, Spoke Too Soon and He Slept On 57. With the former, their metal-tinged pop-punk (à la Sum 41) and angsty lyrics seemed to strike a chord with the mostly teenage audience, but to the rest it seemed all too familiar and formulaic. 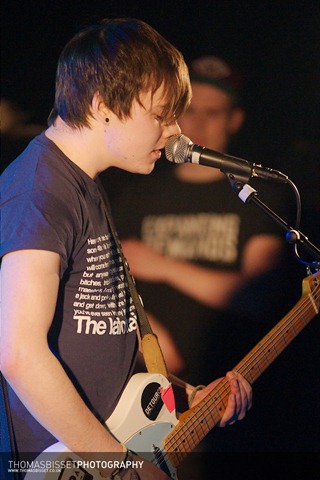 He Slept on 57 managed to draw a much larger crowd, although it seemed many of them were not particularly interested in the band’s other songs, instead waiting for ‘Where the Air is Thin’ and ‘Childsmile’, tracks they very wisely placed right at the end of their set list. 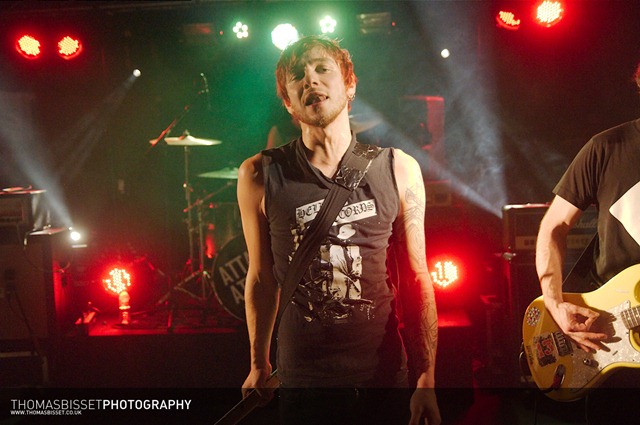 It was only when Germany’s interestingly named Itchy Poopzkid came on stage that the venue started to pick up; being quite honest, as far as support bands are concerned, Attack! Attack! couldn’t have chosen better. Musically their pop-punk, while catchy, is nothing you won’t have heard elsewhere (think of former touring partners, the aforementioned Sum 41, and the likes of Blink 182, Bowling For Soup and Greenday) but their cheeky delivery and fantastic showmanship managed to bring the gig back on course. Even lead-guitarist Sibbi failed to annoy the crowd with a mistake many foreign bands make coming to these shores – managing to confuse Scotland with England. 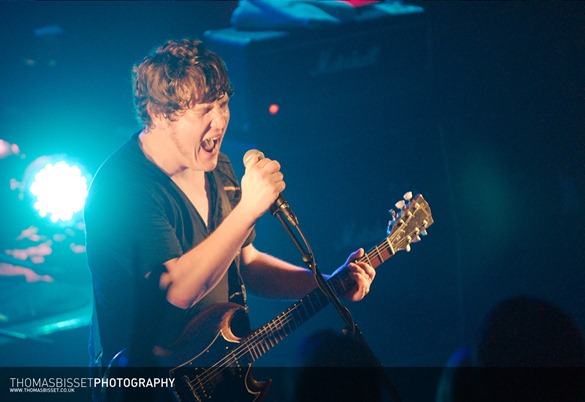 As Attack! Attack! came on, Neil immediately apologised for his throat problems (“Any other night, we would have cancelled”) and immediately launched into their first track of the evening and fan favourite, the appropriately titled ‘Not Afraid’. The bravery continued throughout the night – the setlist, apparently designed so the more vocally tricky songs were near the end of their time on stage, seemed to be very uncompromising and Neil did a stellar job despite clearly having difficulty. Credit where credit is due though, it was Ryan Day, usually on backing vocals, who came to the fore, filling in very well when required. 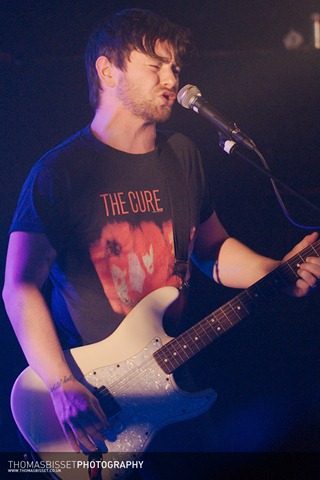 The night was cut short slightly prematurely, and not in the manner expected – a fire alarm (a false one, thankfully) had everyone evacuated, and possibly just in the nick of time. Neil’s voice was beginning to falter nearer the end, but he made it clear throughout the set that he felt this gig was something he had to do. “In Aberdeen, we say [they’re] a ‘bunch of inbred c***s’,” he quipped after an audience member called them out on how most other bands say they love every city they go to, “And you can quote me on that”.