Pritchard Vs Dainton  will come to The Ironworks on the 28th of April, 2012. 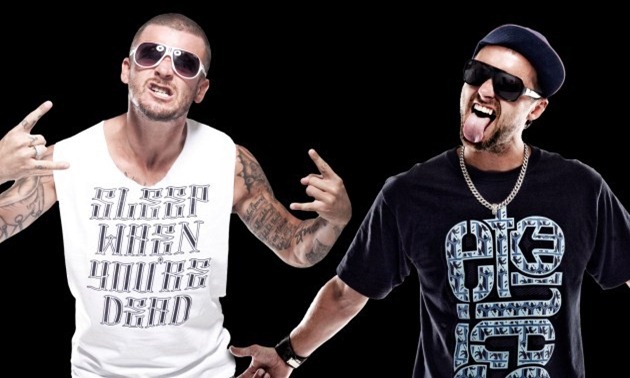 The duo came to the attention of MTV following the successful skate video: “PRITCHARD VS DAINTON”. Subsequently the pair became half of the fantastically  popular  Dirty Sanchez which has spawned five TV series and a film.

No strangers to live shows they have played festivals like Reading, Download, Wakestock and The Soundwave Festival Australia and 2010 saw a remarkable 85 date tour. The latest tour, entitled Somebody Scream Tour sees them tour Peterborough to Liverpool via ahem Sweden.

Tickets for the show will be available from Friday the 17th of February via www.IronworksVenue.com