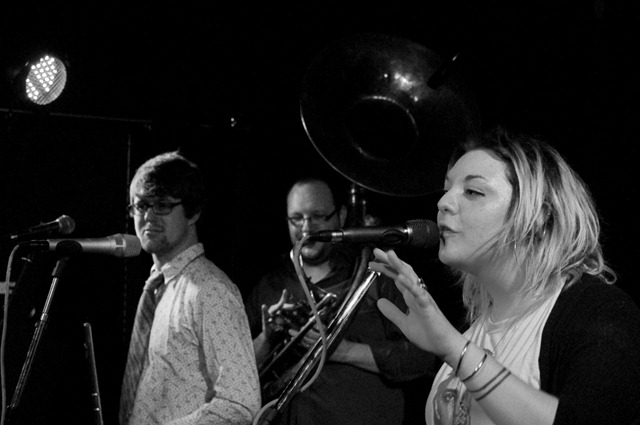 Reading up on the Banana Sessions, I soon found that this was a band that liked to create a party.  They were on a bit of a Highland escapade, having thrilled audiences in Ullapool the night before, and Inverness was only a stop over before a wee toddle down the A9 to Aviemore’s Old Bridge Inn. 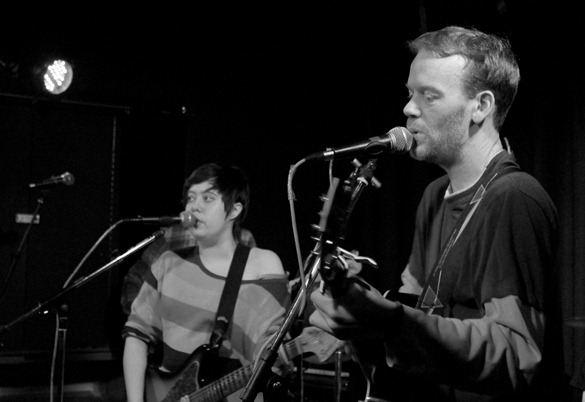 To get this party started, they were more than ably aided, and abetted, by Sara Bills and the Hasbeens.  A healthy crowd was there to welcome Sara, and this ensured an early kick off to the party.  Sara’s work ethic and professionalism can not be faulted and, once again, a tight set was played, setting a high standard for the night.  Sara is one of the busiest musicians in Inverness, which leaves me wondering if, and when, will she be taking maternity leave from her performances? 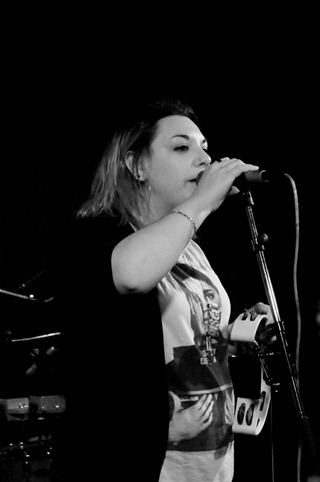 A healthy local support set the scene for the arrival of the Banana Sessions. There was none of that reticence that you find in the Highland Capital, where everyone is a little too self-conscious to stand down at the front.  No such luck for the photographers, however, who wanted a little elbow room down in front of the stage. 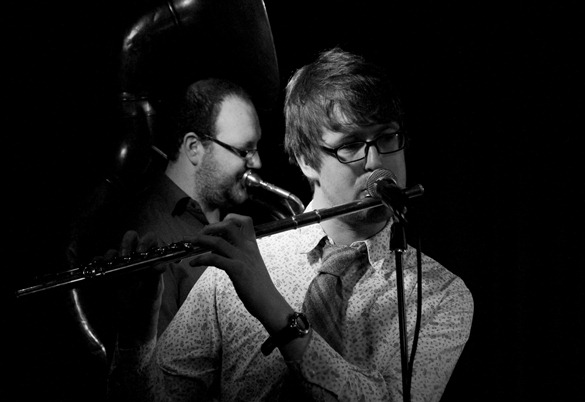 From the opening notes of ‘Pot Noodle’ it was clear that the party was in full swing.  The group consisted of Roberta Pia on vocals, with Calum Wood providing his input on guitar.  Stage right, we had Tom Pickles on flute and melodica (a puff driven keyboard!), with Tom Donaldson giving it laldy on a suitably bashed sousaphone. I’ve never seen one in mint condition.  Added to this mix, we had Calum McIntyre driving it along on drums.

You can’t really pigeon-hole the Banana Sessions and, to be honest, why should you?  It works!  It is a bit quirky, in fact, more than a bit quirky; it verges on the surreal when you have a storming cover of 2 Unlimited’s ‘No Limit’. If anything they have an over-riding feel of a folky Balkan gypsy combo, but infuse that with skiffle, infuse it with whatever, its one heady mix. It’s all strangely infectious, and tonight’s audience were certainly hooked. Okay, so sections of the crowd were obviously primed and mention of certain songs sent them into raptures, but this loyal following certainly knew how to party. So much so that Michelle, who I have never met before, demanded that I dance. Who was I to refuse!

The Banana Sessions trail doesn’t stop here. Aberdeen then follows, and then road to Skye and Knoydart. Mind you there’s no road to Knoydart, but I don’t think they are particularly bothered…