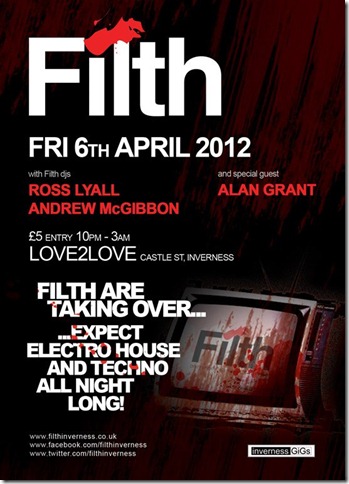 “ It’s probably not the first place you’d expect to see a Filth night but we’re really excited about this, it’s the Highlands biggest twin scene nightclub and is one of the busiest venues in Inverness”

With a reputation for supporting and hosting massive names at club nights, the new venue allow them the opportunity to feature local DJs and guests whilst  also getting  back in control.

The first Filth at Love2Love is on Friday 6th of April with the  local DJ Alan Grant playing alongside Filth DJs Ross Lyall and Andrew McGibbon. Entry is £5 and opening times are 10pm to 3am . Their website has recently been updated and is well worth a look: www.filthinverness.co.uk.