Prior to speaking to Alison Wheeler (singer of The South) I messaged one of our writers, It went:

Chris – I am speaking to the singer of The South do you have any questions, the interviews in a few minutes?

Writer – I need a little time

That comedy interlude was the last conscious pun that I used during my chat with Alison, which probably made a lot of sense.. 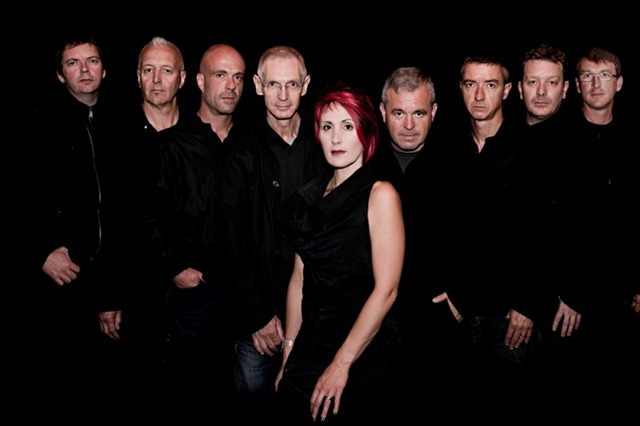 The band evolved from the The New Beautiful South, which of course was formed following the end of The Beautiful South.The South’s ‘Small is Beautiful’ tour reaches Inverness on the 20th of February.

It is clear that the band are looking forward to the forthcoming tour which, Alison points out,is the longest time on the road that the band has spent in any of it’s forms. “Everybody’s really excited and energised” although Alison noted that this of course causes a few problems not just because they’re used to their creature comforts but because of the size of the sleeping berths. However it also brings the opportunity to concentrate on music, away from any distractions may bring some rewards such as the opportunity to write some music.

This is the first time the band have ventured so far up North, which Alison explains is beneficial in that the smaller venues creates a more personal experience as opposed to the bigger venues which “are more clinical and distant and there is less interaction”. The use of the bus, of course means that there will also be more time to hang around the venue “we won’t be rushing off to our hotel rooms!”.

Indeed the tour reaches down to Falmouth in Cornwall, and recently they have completed a radio tour which covered 1200 miles in 5 days, whilst the mileage has not been calculated for the recent tour, although since Alison has found Google Maps this is not far off. The calculations have get longer after the recent addition of the final date at Ayr Race Course on the 10th of March, which will be the biggest audience of the tour with 3000 capacity.

Of course with a back catalogue that includes 10 studio albums: “there is so much choice, obviously people want to hear the old hits, but you also want to show that you are moving forward and developing”. The opportunity to reward loyal fans with Alison promises a mixed bag including songs that have never been aired before, from the back catalogue and of course the occasional cover for example ‘Dream a Litttle Dream’ which despite it’s success for the band has had little live airplay.

But the new tour is also about establishing the band’s new material (check out ‘The Entertainer’ and ‘Stick it in and Turn It’ available via www.TheSouth.co.uk), writing of which is a more collaborative affair with the emphasis being on anybody bringing something to the table.

The intention is to record a track a month for free download, the selection process for which is still on-going. However the intention is to have a CD , responding to fans wanting a tangible, and quick, release. Indeed Alison is pleased with the response and the amount of downloading of the new tracks from the site which will hopefully reignite fans and of course result in more live performances “it’s the best bit of the whole job”

The plans for the rest of the year are based around festivals and of course coordinating the recording of the album. Although Alison hopes the opportunity will arise to visit loyal fans in Ireland and Europe. The key, Alison comments is that  “It would be wrong just to play the old stuff, we have history with the songs” instead it is important to  “to keep on moving, rather than sitting back”.

Indeed it is this sense of purpose that impresses about the band, Alison relates this in part the the band’s new manager, who she describes as “a bit of a fairy God Mother” especially for helping them find and focus on a new direction.

You can’t help but be impressed by the invigoration and ambition of the band, whilst acknowledging the pressure of their legacy, of course you get the opportunity to see them on Monday the 20th of February.

Thanks very much to Alison Wheeler for her time and to Zoo Management Limited for coordinating.

The South are play The Ironworks on the 20th of February 2012, tickets are available via www.ironworksvenue.com. The new album will be appearing, track by track, for free download from www.thesouth.co.uk.