The Ironworks have announced The MAY WEEKENDER with Funk D’Void & Silicone Soul on Saturday the 5th of May 2012. 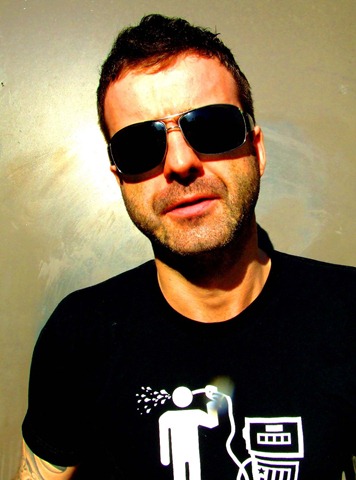 The Ironworks has a fast growing reputation for bringing the biggest and best club nights to Inverness, and the May Weekender will be no exception. Funk D’Void is a DJ and producer who needs no introduction, but hey, that’s what we do here so we really should. Djing from the age of 15, Lars’ experimentation with house music, and in particular through the early Chicago sound through to Detroit techno, secured his niche on the dance scene.

The hits followed including “Jack Me Off”, “Bad Coffee” and “Emotional Content” plus some killer remixes for the likes of Underworld, New Order and Kevin Saunderson, he is though probably best known for the end-of-nighter ‘Diabla’.

An incredibly busy and in demand DJ, not only receiving recognition from the dance floor but from his peers. In the words of Groove Armada’s Andy Cato “Moving the dancefloor from the 90’s to the 21st century, basements to festivals, Funk D’Void is right up there with the very best. He’s provided the soundtrack to nights that have become legend. Always distinctive – grooves with soul that rock it. He lives it, loves it and makes the T-shirt. Vive Le Deep”

Silicone Soul provide the quality support to Funk D’Void. Quality transcends the work of duo Craig Morrison and Graeme Reedie, who pay due diligence to their craft. With four albums under their belts released to critical acclaim through Soma Records, including 2009’s eponymously titled release, the duo bring to the decks a far reaching body of work to engage the floor. More than just a support act.

Tickets for The MAY WEEKENDER with Funk D’Void & Silicone Soul on Saturday go on sale on the 3rd of February.