Four acts with two drummers, but only one without a drummer. Confused, you won’t be! 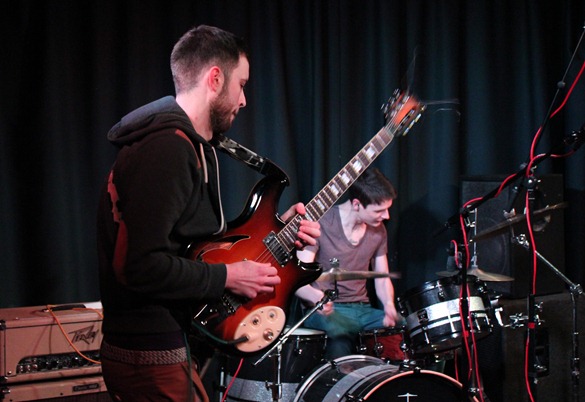 First up, a little later than I expected were Lady North, an Edinburgh three piece consisting of Scott Bullen, Jamie Steel and Paul Bannon.Lady North don’t do vocals, which in turn does lead to some of the best song titles out there, (Are they still songs without a singer?). ‘It’s All About Gettin’ That Claude Monet’, and ‘Ali, The Pig Opera And The Helicopter’ to name but two. Captivating stuff even if I must confess to having an aversion to purely instrumental bands. My short attention span when there is no vocal floating around the room was tested, but overall it was pass marks. Where was I? 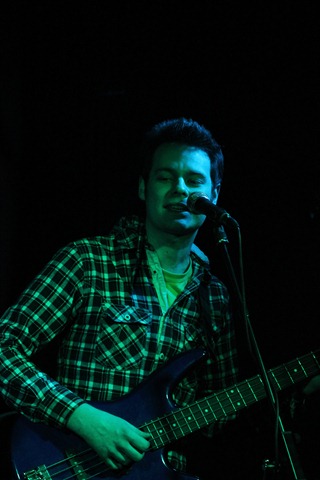 Following on were Terraqoma and their fusion of electronic-pop-rock-dub-metal. Well, that’s how these lads at the University of West Scotland like to describe themselves on their leaflets they left dotted around the tables. All that without a drummer, but they do have a MacBook (there are other notebook computers available I hasten to add) which appears to be de rigeur these days. A few technical hitches apart, Kim Wheeler with his falsetto vocal skipped through the high energy tracks over a platform created by, the aforementioned Macbook, and guitarist Cal Reid and Balloch’s Ewan McCreath on bass. When they voyaged into the space occupied by Pendulum, a more driven feel was spilling onto the floor. A new name to me, and one if the word on their Facebook page is true, which may be changing. Watch this space, or some other space as it may be…

Team Kapowski, they’ve got a Macbook (there are other notebook computers etc.) and a drummer (actually two come to think of it, with Blair’s other life sat behind the kit with Be Like Pablo). They are also one of the most entertaining outfits in Inverness, who just maybe don’t take themselves seriously enough. What they do is fun, sure, but it is also captivating and tonight’s set just seemed all to short. Their art of seduction is the natural chemistry where Andy acts as perfect foil for Blair as he delivers the lines. 2012 has started off where 2011 finished. They were reason I made the trip out tonight. 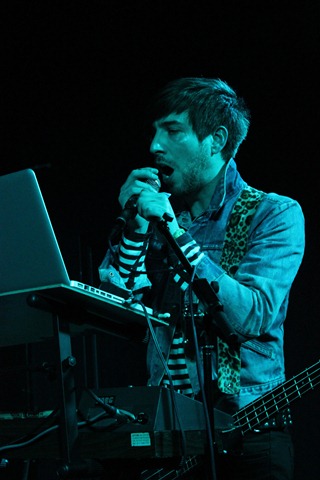 If Team Kapowski were the cake I ventured into town for, then Dead Boy Robotics were the icing and cherry on top. Gregor McMillan and Mike Bryant go face to face across the synths, electronically creating a tumult, while Paul Bannon (yes, he of Lady North) keeps their tempo in check. There is a lot going on both creatively and in terms of focused performance. The pace is ferocious throughout the adrenaline soaked set, reaching a peak when the drumsticks are multiplied to take hold of a tribal beat. On leaving the charged atmosphere for the chilly January night it was clear that this wasn’t their first appearance in Mad Hatters, and it certainly shouldn’t be their last, if they continue to create a stir like they did tonight….