A couple of bits and pieces about Rachel, seemed appropriate seeing as the EP is released today (see Black Currents – “Fresh and Unique”) and she plays the Ironworks on Saturday (see – Rachel Sermanni plays the Ironworks). Rachel is winning plaudits all over the place for the release of her EP and also airplay including several plays on Radio 2. 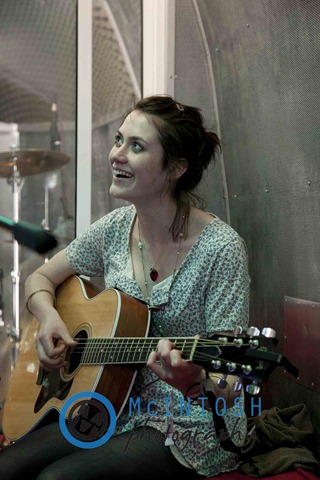 There has been a late addition to the support for the Ironworks gig, as Megan Blyth will be joining the previously announced Graham Brown. Megan of course gets every where on this site (see Megan Inverness GiGs Blyth) and is just back from playing Aberdeen and Thurso on consecutive nights.

The second bit of news is that Rachel Sermanni, will be playing a live session on Dermot O’Leary’s Radio 2 Show on Saturday 4th of Feb too.Dermot’s show focuses on the best new and emerging music, so it is quite an acknowledgement of the work that Rachel and her team.She will of course make it back to Inverness for the show later that evening.

Tickets are apparently going well for The Ironworks gig on the 4th of February and can be purchased via www.ironworksvenue.com.