Strength in depth would be the best description of those acts announced alongside the opening raft of headliners. Festivals quite often build up anticipation only for you to feel let down on the announcement. This year feels somewhat different. So who are bubbling under, just below those headline slots? 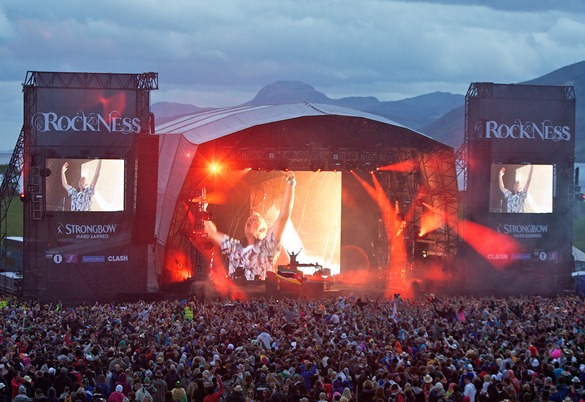 Packing a punch of originality, METRONOMY have creative vision and style in spades.  Originally championed by Erol Alkan, this Devonshire electro pop four piece founded by Joseph Mount deliver a proper live electro proposition that’s as authentic and compelling as any rock band.  Latest album ‘The English Riviera’ was one of 2011’s defining albums and Mount is also the prestigious remixer-of-choice for acts including Gorillaz and Franz Ferdinand, while collaborations with Florence & The Machine and Roots Manuva reinforce his musical crossover credentials.

NOAH & THE WHALE have followed the festival trail north before, appearing around the release of the notoriously difficult second album. Not greeted with universal acclaim then, but the tide has turned very much in their favour and a warm return is very much anticipated. Last summers anthem L.I.F.E.G.O.E.S.S.O.N. could be next summers too on the shores of Loch Ness. (Although I did have to hear the song about 3 times before I worked out what they were spelling!)

WRETCH 32 is one of the UK’s most talked about new hip hop artists. Smash debut album ‘Black and White’ incorporates diverse aspects of the hip hop genre from old school American funk through to contemporary grime and dub step, and guests include Example, Ed Sheeran and Chipmunk. WRETCH 32’s phenomenal success of 2011, which spawned consecutive top five hits including ‘Don’t Go’, ‘Traktor’ and ‘Unorthodox’ looks set to propel further with album number two due for a 2012 release. And he can cut it live too, vocally, instrumentally and visually…as the RockNess audience will bear witness to this June! 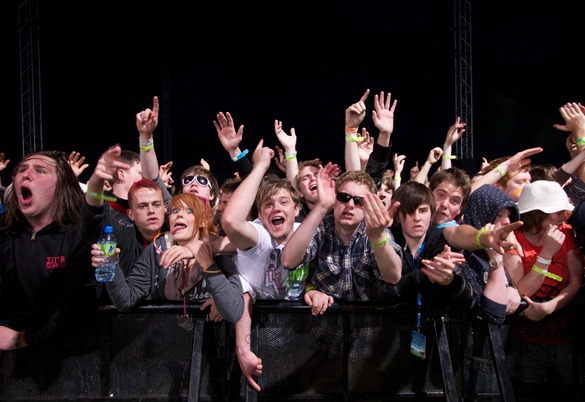 FRESH / LIVE aka DJ FRESH is one of the most influential figures of the UK’s drum ‘n’ bass movement. Having cut his teeth on the illegal rave and pirate radio station scenes of the 90’s, he went on to found the label BC Recordings and the genre’s most popular website Dogs on Acid as part of the drum ‘n’ bass collective Bad Company.  Fast forward to a prolific solo career punctuated along the way with remixes for Pet Shop Boys, DJ Shadow, Pendulum, Grooverider and Apollo 440, plus the co-founding of the seminal Breakbeat Kaos label, and the output of FRESH / LIVE is as impressive as it has ever been.

BEARDYMAN was one of the standout successes of last year, and a quick return for the beatboxer is a masterstroke by the festival organisers!  Where his set will take us, nobody knows, but hop on because it’s one crazy journey worth taking.

If Beardyman was a masterstroke, then AZEALIA BANKS is a stroke of pure genius. Lauded on the NME Cool List for 2011, notching a third place in the highly influential BBC Sound of 2012 listing, twenty year old Harlem rapper AZEALIA BANKS, is a name that we are going to be hearing a lot about in the coming months. Organisers advise an early stage position so you have been warned!

If Rockness was on the go back in 1978, it would have been a summer of Ally’s Tartan Army and a headliner called CHIC! , CHIC featuring NILE RODGERS were the funkiest band on the planet back then, and I would strongly suspect still are today. Founded by the legendary NILE RODGERS, these peerless purveyors of booty shaking beats, whose roll call of all time dance classics include ‘Good Times’, ‘I Want Your Love’, ‘Le Freak’, ‘Dance, Dance’ Dance’ and ‘My Forbidden Lover’…to name just a few…promise to deliver what will surely be one of the summer’s defining feel good sing-along, disco dancing moments. Aaa freak out!

RockNess without THE CUBAN BROTHERS, is like Loch Ness without a monster. Back once again with their very own brand of disco and general mayhem

At this point it’s best that I let the promotional material do the talking, as this is all a little too niche for mainstream old me!

Staying on a disco vibe, albeit the underground deep house version, ETIENNE DE CRECY (aka Motorbass, Super Discount and La Chatte Rougee) is the epitomy of the original ‘French sound’ and one of the best house music makers ever.  A key figure behind the French capital’s rise as a leading dance music hub during the 1990s, the quality of DE CRECY’s output remains fierce and well deserving of the respect he continues to generate.

Having recently put out only his third EP, albeit one on Joe Goddard from Hot Chip’s Greco-Roman label, and continuing to rack up countless fans including RockNess favourite Annie Mac, Orlando Higginbottom aka TOTALLY ENORMOUS EXTINCT DINOSAURS’s star is rising.  Bouncing in true one-man-band style between laptop, keyboards, drum machine and live vocals, don’t be surprised if the speakers literally and metaphorically get so hot they catch fire (again) by the boundary breaking brilliance of this new talent.

Last time he descended on Dores the party-o-meter went off the scale, so RockNess is extremely pleased to announce the return of the brilliant BUSY P for more outrageously good music and vibes. As owner of the sublime Ed Banger Records, home to Justice, Feadz, Uffie, Sebastian and Mr Oizo to name a few, BUSY P’s parties are legendary as RockNess will once again witness!

A string of releases played out by the likes of 2 Many DJs, Boys Noize and Erol Alkan has brought the work of French maestro GESAFFELSTEIN recognition and acclaim as one of electronica’s undisputed hottest forces.  Now aligned to Brodinski’s Bromance label, GESAFFELSTEIN makes perfect art soundscapes for purveyors who like their beats on the deeper, darker side but still with enough danceable allure.

Also joining the bill is Newcastle born DJ, musician and Ed Banger friend RITON.  With a new album due for release in 2012 with Surkin and AlunaGeorge, following hot on the heels of his recent output at the end of 2011 on his label Riton Time, expect an artist on suitably impressive fine form.

AND PLEASE KEEP SUBSCRIBE TO KEEP TRACK OF ROCKNESSS (SEE BELOW)