Iain McLaughlin & The Outsiders will be having their official album launch on the 9th of March,2012 at the Ironworks. 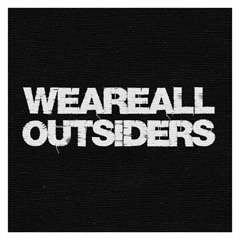 Fresh off the back of a sensational gig, at King Tuts Wah Wah Hut as part of their New Years Revolution, the band are looking forward to promoting the album with a series of live gigs (to be announced soon), starting with The Ironworks.

Iain McLaughlin has lived in Inverness most of his life and established himself as an integral and dynamic part of the city’s musical environment. Often compared to a cross between Kings Of Leon and Queens Of The Stone Age or like Neil Young brawling with The Stooges the music he writes combines layers of sound and catchy melodies with something darker, something dirtier. It’s a sound that also draws on the big skies and wide horizons of the North of Scotland, music that could only come from where it was made.

Iain Mclaughlin & the Outsiders
‘We are all Outsiders’ Album Launch
Friday 9th March
On sale Friday 20th Jan at 10am via www.ironworksvenue.com