Pure Dead Brilliant first came to our attention when they played the DC40 festival in Fort William (see interview here), but now they are touring as part of the Scotland is Alive with Music Tour. So we caught up with Duggie Kyle of the band 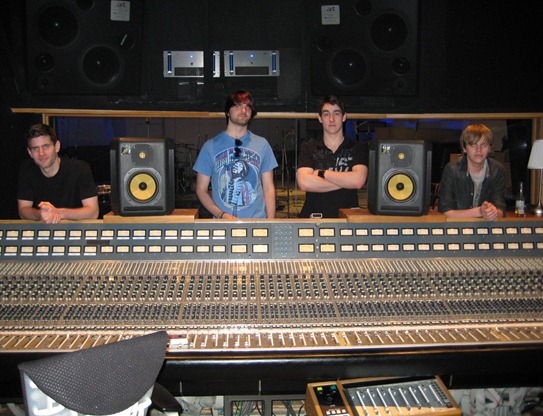 What have the band been up to since September?

The guys have been constantly gigging, honing their performance skills,but still finding time to write new material. The band have been receiving regular ‘unsigned’ internet radio airplay across the UK,including Jim Gellatly’s Amazing Radio, with Interviews & ‘live’ sessions for Kingdom FM & Nevis Radio. Although the bands’ management are based in Los Angeles, Imago have a very hands on approach, all performances are filmed, you tubed, & open to constructive & instructive criticism, Skype meetings are fortnightly, so nothing is overlooked.

You’re hoping to come up to Inverness soon, how are you looking forward to it?

We are really excited about coming up to perform in Inverness. we had previously contacted local promoters, but not received any gig offers.

Inverness has not experienced the band or “ Gadjie Rock” , what should we be expecting/looking forward to, when you come up?

Gadjie Rock in it’s purest form, no nonsense, street level,energetic, melody driven 3 minute bursts. a bit like radio airplay, make your point, make it quick, tell the story without the add-ons,but mostly, it’s about creating an atmosphere & enjoying yourself!

How did you get involved in the Scotland is Alive with Music tour?

We were performing @ The Sugar Sheds for The Tall Ship Races,& the day after, realised that Graham Scott who runs Scotland’s biggest Facebook group, Scotland Is Alive With Music, was at The Tall Ships lending support to quite a few member bands,he caught our set, & really liked what he heard.A few weeks later Graham contacted us, inviting the band on his 1st Anniversary Scottish Tour.

What should we expect from Pure Dead Brilliant in 2012?

Everything! It’s our year! last year’s trek across the Atlantic to record the best debut album we could offer,is now being shopped to labels in the states.meanwhile we intend to network band gigs across the UK to further build our fanbase.

Pure Dead Brilliant will be joined by The Beatles,Siphon, Emerald Sunday , Lewis Hamilton and Cairo on the tour.