Glasgow indie/rock band, supported by MUMMAA on the 7th of January at Madhatters, Inverness. 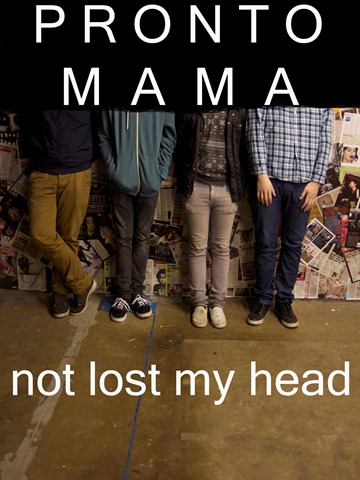 Described by Music Week Scotland as having a style that with it’s “versatile dynamics, change moods from one to another, keeping the listener intrigued and making them a must-see band” (full review here) or if you prefer the hype they are “ the definition of ‘potential’ right now”. The band have hade their tracks played by the likes of Jim Gellatly and Ally Macrae, along the way also managing to gain funding from Creative Scotland.

The band give more than a nod to the Libertines retaining an honesty to their backgrounds. Indeed  they  have seen them also holding some similarities to The Proclaimers, not just with their accents but the context of the lyrics, complete with memorable tunes.

Pronto Mama will be supported by MUMMAA who is described as having a synth driven tome of music capturing the vibes of summer and the fun of travel. Recalling times that include grafting aboard oil tankers in the Merchant Navy; epic cycles across the South coast of Europe & Scotland; holidays in Barcelona; and other sun-drenched good times in the Highlands.

The Summer of bohemia Part II by MUMMAA

Pronto Mama and MUMMAA will be playing MadHatters, Inverness on Saturday the 7th Jan 2012 .